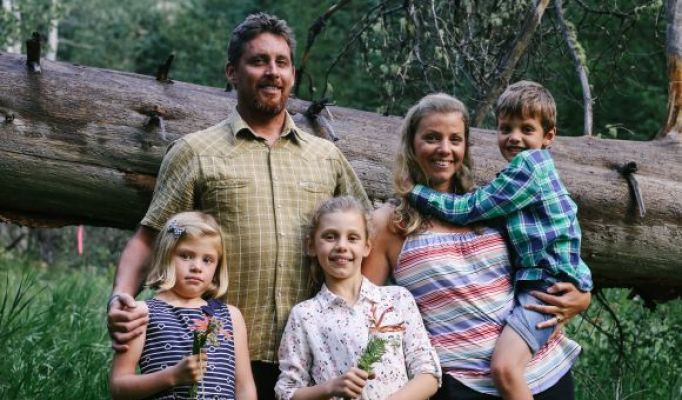 Rebecca's son was diagnosed with FH at 18 months

“My son, Harrison, was diagnosed with FH at the time he was due his MMR booster vaccine. He had no visible symptoms of high cholesterol, but when our practice offered a voluntary heel prick test to screen for it, it seemed a no-brainer. I was shocked to discover how high Harrison’s cholesterol was at 6.3 and then to later be told he had familial hypercholesterolaemia (FH).

My husband and I had never heard of FH and were unaware that children could even have such high levels of cholesterol. We were immediately tested ourselves, as well as had our two daughters, Emily and Lucy (aged 4 and 7 at the time, respectively) tested. In addition to learning that I carried the faulty FH gene, we discovered Emily had a total cholesterol level of 7.7 and Lucy a level of ​13.5 (it is recommended for healthy adults to have less than 5 total cholesterol).

We were very fortunate to have identified the children’s FH when we did. At the time that Lucy was diagnosed, our lipidologist told us that if she had not been identified by the time she turned 18, Lucy would have had measurable levels of plaque in her arteries and could have been at serious and unknown risk of an early cardiac event.

Two of our 3 children are now on statins to manage their cholesterol and Harrison will likely also need these when he is a little bit older. Until then, we are managing Harrison’s cholesterol through diet and lifestyle in addition to regular cholesterol checks. Our family’s story is sadly too unique when it comes to identifying FH in young children. Had we not accepted the opportunity for Harrison to undergo the heel prick test alongside his MMR vaccine, he and my daughters would not have been identified and diagnosed as early as they were, and our story could have been very different.”