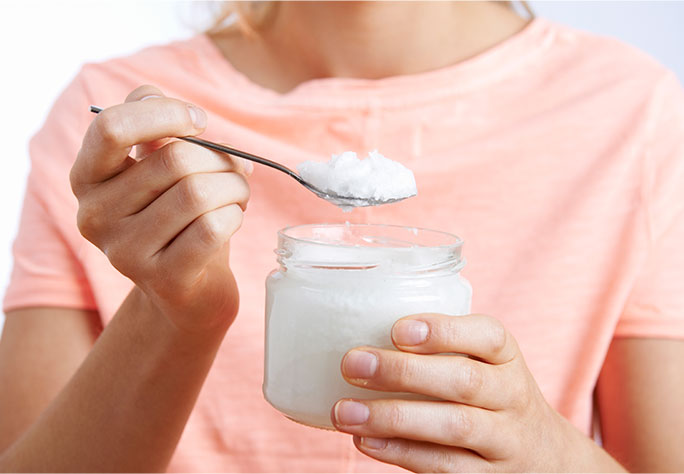 HEART UK are very concerned regarding the latest coverage of coconut - See article here. The idea that consuming coconut oil lowers cholesterol made by the BBC programme ‘Trust me I’m a Doctor’, is both misleading, unhelpful and not to be trusted.

The majority of respected scientific evidence shows that the saturated fats in coconut oil raise the ‘bad’ cholesterol (LDL) and the very limited experiment in the programme is misleading viewers to believe that coconut oil has beneficial effects on cholesterol.

Coconut oil, unlike most vegetable oils, is solid at room temperature and is 85% saturated fat which when compared to butter at 52% and lard at 40% saturated fat puts it into context.

Some have argued that coconut oil contains a large amount of medium chain fats which are metabolised differently – however the predominant fats in coconut oils are Lauric acid, Myristic acid and Palmitic acid all of which are classified as long chain saturated fats and all have been shown to raise the level of damaging LDL cholesterol in the blood.

The programme cited an ad hoc experiment of around 50 people with a three way design which was of short duration and un-blinded.  So only a very small number of people took coconut oil (around 16) for a short period of time and all of these knew that they were taking coconut oil. It is our understanding that there was no control over the rest of the diet and therefore the total amount of calories, macronutrients and individual foods consumed, all of which may have been influenced by the addition of coconut oil to the diet and which may have ultimately influenced blood cholesterol levels.  This type of study, being of such poor quality, would not be published or cited in any reputable scientific review of the health effects of coconut oil.

Small variations in cholesterol resulting from changes in diet can be difficult to demonstrate due to the variability in many factors including:

​HEART UK, the UK government, and most dietetically qualified health professionals currently recommend that coconut oil should be used very sparingly, if at all, and ideally replaced by a vegetable fat such as sunflower oil, olive oil or rapeseed oil. Creamed and desiccated coconut contain around 60-70% fat of which most is saturated fat; so these should also only be consumed occasionally or in small amounts as part of an overall healthy diet.

There is a lack of human research that focuses specifically on coconut oil, however all the best evidence that we have is consistent in indicating that coconut oil raises LDL cholesterol as well as total cholesterol in contrast to unsaturated fats which lower LDL cholesterol.

According to the National Diet and Nutrition Survey the UK population is currently eating more that the dietary recommendations for saturated fat. The Scientific Advisory Committee on Nutrition (SACN) are currently reviewing the role of saturated fat in heart health and HEART UK look forward to seeing the results of their extensive review of this subject.

HEART UK has expertise is cholesterol and indeed other blood fats, with some of the UK leading lipidology and dietitians on our Board and committees. We host an annual scientific conference which attracts an international delegation of experts and last year included a keynote speaker session on the research surrounding the role diet plays in cholesterol management and the importance of decreasing the intake of trans and saturated fatty acids and maintaining a healthy weight.