Ezetimibe (e-zet-im-ibe) is a medicine that lowers cholesterol. You might hear it referred to by its brand name, Ezetrol.

Ezetimibe is often prescribed alongside a statin because they work in different ways, so the effects add up to lower your cholesterol further. Ezetimibe also comes as a combination tablet with simvastatin (a type of statin) under the brand name Inegy.

Ezetimibe can lower LDL cholesterol (sometimes called 'bad cholesterol) by 15-22% when used by itself, or 15-20% if it's used in combination with a statin.

Some studies have shown that ezetimibe combined with a statin can lower the risk of serious problems like heart attacks and strokes in people with chronic kidney disease and certain heart problems. 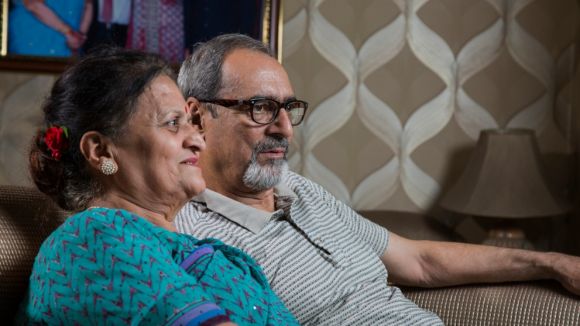 How does ezetimibe work?

Ezetimibe is a “cholesterol absorption inhibitor” which means it works by partially blocking the absorption of cholesterol in the small intestine. This means less cholesterol enters your blood from food and bile so the liver has to take more cholesterol out of the blood to make more bile, which is needed for digestion.

The liver does this by increasing the number of LDL receptors on your liver cells. These receptors catch LDL cholesterol as it passes by and removes it from the blood.

Ezetimibe comes as a tablet which you take once a day at a dose of 10mg. It might be combined with a statin or you might be prescribed it on it's own if you can't take statins.

Taking ezetimibe with a statin
Ezetimibe is allowed alongside a statin when statins aren't bringing your cholesterol levels down to target on their own, including for rare conditions such as homozygous FH and sitosterolaemia.

Taking ezetimibe by itself
Ezetimibe is licensed to be used by itself if you have primary hypercholesterolaemia, which includes heterozygous FH as well as other conditions, and you can't take statins or they're not working for you.

Ezetimibe is not suitable during pregnancy or if you are breastfeeding.

Like all medicines, ezetimibe can sometimes cause side effects.

If you take ezetimibe by itself, any side effects are usually mild and temporary. These can include:

If you take ezetimibe with a statin, the most common side effects include:

You can find a full list of reported side effects in the patient information leaflet which comes with your medication. Occasionally, side effects can be more serious, so tell your doctor if you experience anything unusual for you.

Can I  eat foods with added sterols or stanols?

Ezetimibe lowers cholesterol in a similar way to foods that have been fortified with plant sterols or stanols.

Even though there may be subtle differences in the ways ezetimibe works compared to these foods, it is impossible to say whether they will lower your cholesterol any further if you are taking ezetimibe.