What is Familial Chylomicronaemia Syndrome (FCS)?

Familial Chylomicronaemia Syndrome is the name for a group of rare genetic disorders that cause very high levels of triglycerides (a kind of fat) in the blood. High triglycerides can cause serious health problems in the long term, such as pancreatitis. But with a very low fat diet, you can help to avoid them.

Familial Chylomicronaemia Syndrome is often shortened to FCS.  You might also hear the term Lipoprotein Lipase Deficiency (LPLD), which is the most common type of FCS, or chylomicronaemia.

If you have FCS, you have it from the time you’re born. But when the symptoms start and how much they affect you varies from person to person. Sometimes they are more severe and appear in childhood or even as infants. Sometimes they appear later on you might get a diagnosis later on, in adolescence or adulthood. 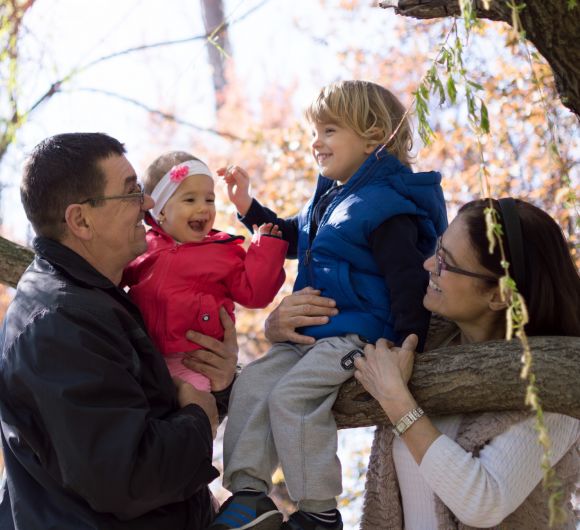 The pancreas is a vital organ. It makes some of the enzymes needed for digestion and the hormones insulin and glucagon which control your blood sugar.

FCS causes episodes of pancreatitis, where the pancreas becomes inflamed and swollen. Acute pancreatitis (when it comes on suddenly) can be very serious or life-threatening and needs urgent treatment in hospital.

If you develop diabetes your doctor will want to keep your blood sugar levels well controlled. Medications to treat type 2 diabetes include Metformin, sitagliptin and insulin.

Why does FCS raise your triglycerides?

If you have FCS, you are missing lipoprotein lipase. Or you only have a very small amount and it might not work properly. Without this enzyme, the fat can’t be cleared from your blood and your triglyceride levels stay high, making the blood appear creamy white.

The ‘Familial’ part of ‘Familial Chylomicronaemia Syndrome’ means the condition is passed down through families. It’s genetic.
There are five different genes known to be involved in FCS. A fault in any of these genes can cause FCS.

How is it passed on through families?
We have two copies of every gene, one from each parent. Both copies of a gene involved in FCS need to be faulty for you to inherit it.

If you have FCS, you will pass on a faulty gene to any children you have, so they will be a carrier.They will only have FCS themselves if they also inherit a faulty gene from the other parent. 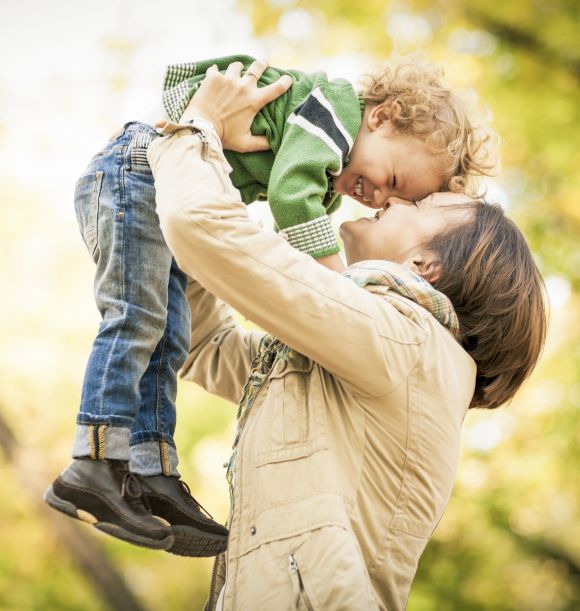 How is FCS diagnosed?

Most people with FCS are diagnosed as babies or young children, before the age of 10, because they have symptoms such as tummy pain, pancreatitis and fat-filled spots. It can be diagnosed with blood samples, which will be a creamy colour with very high triglycerides.

For other people, the symptoms appear later so they’re diagnosed later, in their 20s, 30s and 40s. Some women only show symptoms during pregnancy when blood fats naturally rise, and the FCS means they rise even higher.

Because FCS is so rare, some people don’t get a formal diagnosis until they’re teenagers or adults even if they symptoms start in childhood. Sometimes people live with the symptoms for years, and sometimes people are misdiagnosed.

These days, more and more people are being diagnosed using a genetic test. The test looks for problems with the genes that code for lipoprotein lipase and the other proteins that work with it.

With FCS, your triglycerides levels will usually be over about 10mmol/litre. 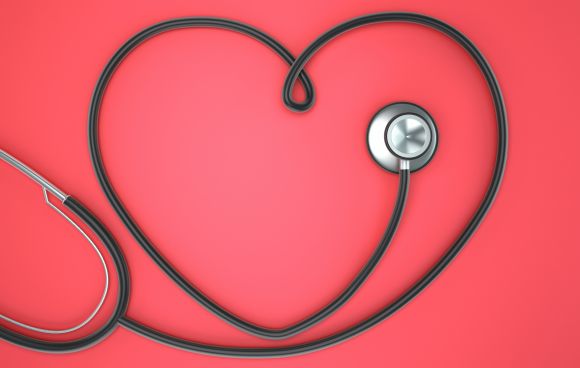 The main treatment for FCS is through diet.

It needs to be very low in fat, limited in simple sugars and refined carbohydrates, and low in alcohol. This stops your triglycerides in your blood from rising.

Check out our plan for healthy eating for FCS where you can learn about all the things you can eat to stay healthy, with lots of tips to help you get started. 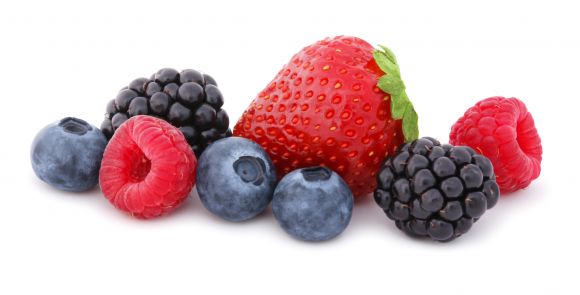 Smoking is known to affect your blood fats, lowering your HDL (sometimes called ‘good cholesterol’) and raising your triglycerides. This means it’s very important not to smoke if you have FCS.

Be active for at least 150 minutes a week to look after your overall health. For example, you could do 30 minutes five times a week.

You want to be a bit warm and out of breath, but still able to talk – this is moderate activity. Cycling, brisk walking, swimming and jogging are all great options.

The medicines which are usually used to lower blood fats, such as statins and fibrates, don’t help with FCS. That’s because they depend on lipoprotein lipase working properly.
There are some medications available but they only have a small effect. But new medicines for FCS are being researched and developed at the moment.

Volanesorsen is a new treatment which can be used alongside a very low fat diet to lower triglycerides in the blood. You take it as an injection.

Volanesorsen works by lowering the levels of a protein in your blood called Apo-CIII. This protein normally raises triglycerides in a number of different ways. One way is by stopping the enzyme lipoprotein lipase from working properly, which interferes with trigylcerides being cleared from the blood. So by lowering this protein, volanesorsen also lowers your triglycerides.

NICE (the National Institute for Health and Care Excellence) who make the guidelines UK health professionals, will consider whether it should be made available for people in the UK in late 2019.

Dealing with your diagnosis

FCS can have a big effect on your life. Getting a diagnosis and living with the symptoms can be hard. Some people say they feel very low, anxious or depressed.

People with FCS will often have episodes of pain and pancreatitis throughout their lives even if they stick to a low fat diet. These episodes can come on without warning, and pancreatitis can leave you tired or fatigued for a long time afterwards.

It’s important to acknowledge how FCS affects you and how you feel about it – this is a big part of accepting it and being able to move forwards with your life.

One of the best things you can do to look after yourself is to get a really good understanding of how FCS affects you, what you can and can’t eat and anything else you can do to look after yourself.
It can give you the motivation and knowledge to choose foods stick to the foods that will keep you healthy, and the knowledge you need to choose these foods.

A low fat diet is the key to living with FCS and keeps the chances of pain and pancreatitis as low as possible. It can be very challenging because food is such a big part of our lives, and our social lives too. Get some practical information in our section about eating and FCS.

As well as keeping your blood fats under control, take care of yourself in other ways to lower the risk of diabetes, heart disease and other conditions.

Keeping to a healthy weight, being physically active, avoiding alcohol and smoking will all help to keep you blood fats and blood pressure healthy.

Working with your doctor

Because FCS is so rare, most consultants only ever see a few people with it. You are the expert on your own body, and with time you will become an expert in FCS and how it affects you. Work with your specialist doctor to find the diet and treatments that works best for you.

You are not alone

FCS is very rare. Only around 55 – 110 people in England have it.  This means people don’t understand it. Which, combined with having to eat different things, can feel very isolating.

The truth is you are not alone, there are others with FCS and other conditions which affect what you can eat. There are also others you can talk to help you deal with your condition and any changes you need to make. 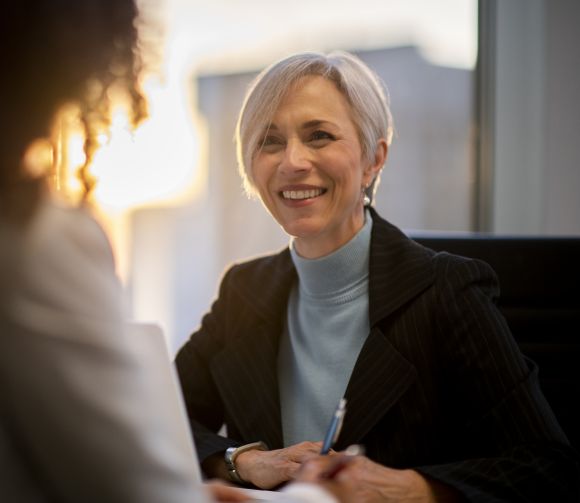 Getting advice for women

FCS affects women differently to men because of differences in our hormones. If you are female, speak to your specialist doctor about any medicines which might not be suitable for you such as contraceptions and hormone replacement therapy, or if you are planning to get pregnant.

If your child has FCS

If your child has FCS, they will probably be referred to a pediatrician (a doctor who specialises in working with children) with knowledge of blood fat conditions. They will be able to talk to you about how to keep your child healthy throughout their lives.

At HEART UK we are working with the LPLD Alliance to call on the government and NHS to improve awareness of FCS and improve access to services and support; including dietetic, emotional and mental health support.