This area of our website is for healthcare professionals only

Read about the different types of dietary fats and their effects on CVD, including saturated fat, omega 3s, cholesterol, plus current intakes in the uk. 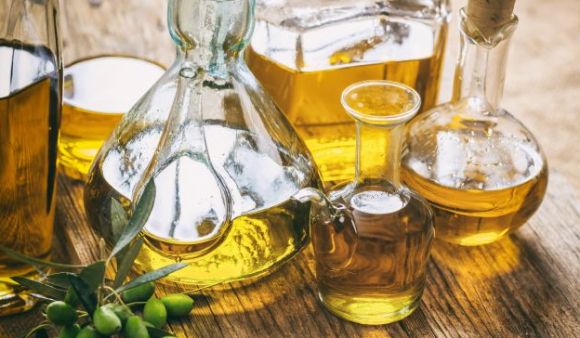 Dietary fat recommendations for heart health have been reviewed by a number of expert bodies and professional organisations[1],[2],[3],[4],[5],[6] with consistent findings:

In their recent review of the evidence examining the impact of saturated fat on health, the Scientific Advisory Committee on Nutrition (SACN) concluded that reducing saturated fat lowers the risk of cardiovascular disease (CVD) and coronary heart disease (CHD), lowers total, LDL-C and HDL-C and improves indicators of glycaemic control. Reducing population averages of SFA from current intake to no more than about 10% of total dietary energy would result in health benefits to the population [3].

Research suggests that eating too much SFA impacts the LDL receptors, preventing them from taking up LDL-C from the blood and into the liver to be broken down. The resulting effect is a build-up of LDL-C in the blood[12].

Despite the universal consensus, the question of fat around CVD risk is hotly debated with claims suggesting dietary recommendations to reduce SFA intake have been over exaggerated. Are fats the villains, neutral or the heroes? And which fats have different effects?

The recent controversy has arisen following a couple of recent analyses failing to find an association between SFA and CHD risk[13],[14]. However, these findings can be explained by:

Individual SFA and their effects on lipid markers

Not all SFA raise cholesterol – Lauric (12:0), Myristic (14:0) and Palmitic (16:0) Acids raise total, LDL-C and HDL-C, while stearic acid (18:0) is considered to have a neutral affect. However replacing stearic acid with unsaturated fat lowers LDL-C. Read the WHO's detailed overview of the impacts of different SFA on cholesterol.

Foods containing SFA usually comprise a combination of SFA (see right), and so their individual differences on serum cholesterol should not affect dietary recommendations to lower overall saturated fat intake and replace with unsaturated fat. 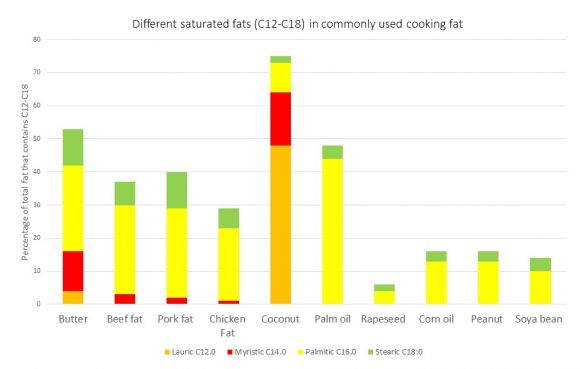 PUFA exist in the n-3 or n-6 isomeric configuration. Both isomers  are essential nutrients and have different biological effects. α-Linolenic acid, a dietary n-3 PUFA, is present in soybean and rapeseed oil, walnuts and in very small amounts in some green vegetables. Fish oil contains the very-long-chain n-3 PUFA, eicosapentaenoic acid and docosahexaenoic acid.

Observational evidence indicates that consumption of fish (at least twice a week) and vegetable foods rich in n-3 fatty acids is associated with lower risk of CVD death and stroke but has no major effects on plasma lipoprotein metabolism at this intake[1],[2]. However high-dose prescription n-3 supplemental forms may be used to treat hypertriglyceridaemia.

Public health guidance is to eat two portion of fish a week, one of which should be oily, to achieve the SACN recommendations of 0.45g of long chain Omega 3 fatty acids a day[2]. While a recent Cochrane review has questioned the heart health benefits of fish oil supplements[3], the dietary advice for fish consumption remains. 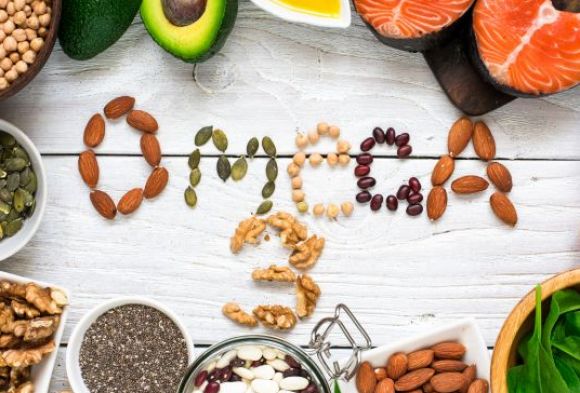 A Science Advisory from the American Heart Association [2] recently  reviewed the evidence examining the relationship between dietary cholesterol and blood lipids, lipoproteins and cardiovascular disease risk. Meta-analyses of intervention studies generally find associations between cholesterol intakes that exceed current average levels with elevated total and LDL-C. However, the available evidence suggests that, within the context of healthy eating patterns, replacing SFA with UFA is expected to produce greater reductions in LDL-C than reducing dietary cholesterol alone.   Rather than provide a specific dietary cholesterol target, it is recommended to promote healthy eating patterns which emphasise fruit and vegetables, whole grains, low fat dairy foods, lean protein sources, nuts, seeds and liquid vegetable oils. These eating patterns are inherently  low in cholesterol. 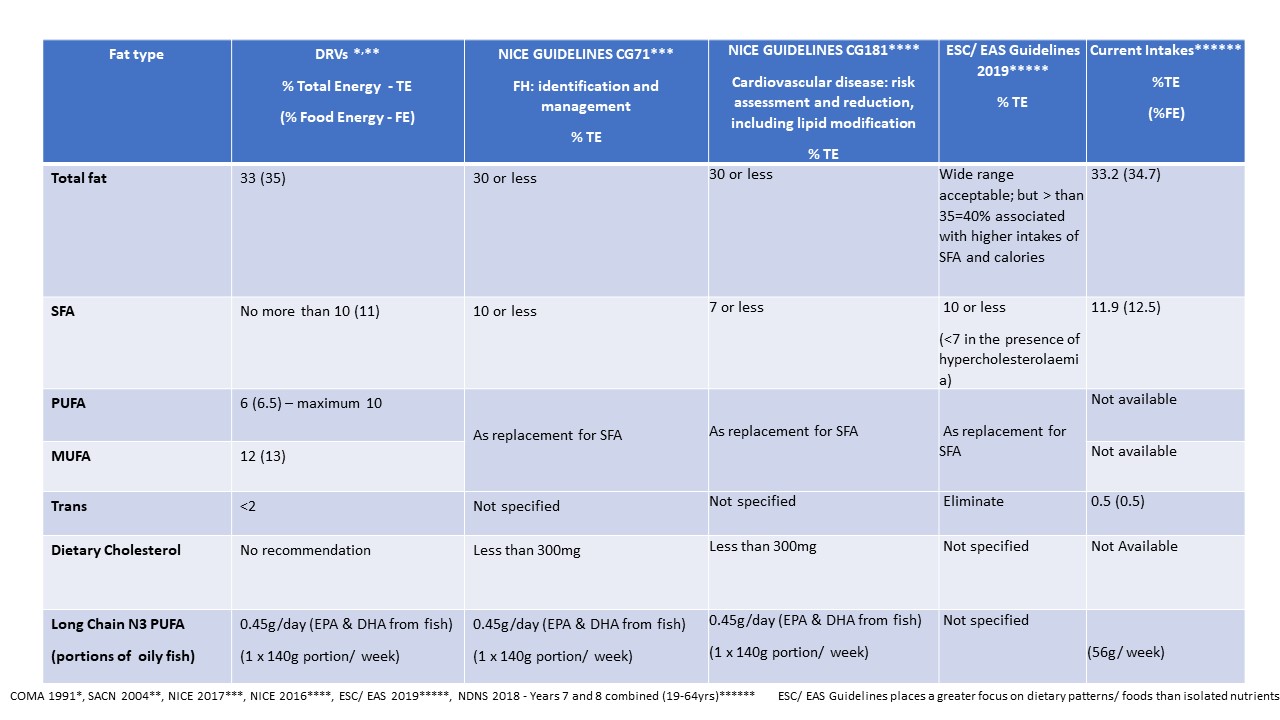