Dr Derek Connolly is a Consultant Interventional Cardiologist and the Director of Research and Development at Birmingham City Hospital. He is an Honorary Senior Clinical Lecturer at the Institute of Cardiovascular Sciences, University of Birmingham, UK.

He trained in Edinburgh, Cambridge, London and San Diego where he was a Carnegie Scholar. He has a first class degree in Pharmacology from the University of Edinburgh where he was the Brunton medallist and Keasbey Bursary holder. His BHF funded PhD in molecular cardiology is from the University of Cambridge. He is the Chief or Primary Investigator of multiple large trials in Cardiovascular medicine. He developed one of the UKs first primary angioplasty programmes, and one of the UKs largest cardiac CT programmes.

He was on the design and naming team of the forthcoming super hospital, the Midland Metropolitan University Hospital which will open 2022.

Paul Durrington retired from his substantive post as Professor of Medicine at the University of Manchester in 2009 and retired as Consultant Physician at Manchester Royal Infirmary, UK in 2012. He continues to work in the Cardiovascular Research Group of the University of Manchester as Honorary Professor of Medicine and to publish regularly. He graduated in physiology and medicine at the University of Bristol and trained in general internal medicine, diabetes mellitus and metabolic disorders. From 1979-80, he worked at the University of California, San Diego, USA, as a travelling fellow of the British Heart Foundation and American Heart Association. His research interests centre on disorders of lipoprotein metabolism, atherogenic modification of lipoproteins, insulin resistance and diabetes. He was Chairman of the British Hyperlipidaemia Association (1992-1995), a member of the British Heart Foundation Project Grants Committee (1997-2000), Director of Research and Development at the Central Manchester Healthcare Trust (1997-2001) and a member of the European Science Foundation Genetics and Epidemiology of Atherosclerosis International Review panel (2005). From 2008 to 2012 he led the Greater Manchester Vascular Research Network. He was a member of the European Cardiac Society Task Force on Dyslipidaemia (2009-2015) and is from time to time a consultant to the National Institute of Health and Care Excellence (NICE) and an editor of Current Opinion in Lipidology. In 2010 he gave the Myant Lecture to HEART UK. Currently, he chairs of the Steering Committee of the National Institute of Health Research funded HealthTechnology Assessment Project:15/134/02 – ‘Evaluating alternative protocols for identifying and managing patients with familial hypercholesterolaemia: cost-effectiveness analysis with qualitative study’. In 2001 he was elected to the Fellowship of the Academy of Medical Sciences for his work on diabetic dyslipidaemia and on HDL metabolism. He is author of over 400 original papers and other publications including Hyperlipidaemia: Diagnosis and Management 3rd Edition (2007, London: Hodder Arnold) and with Allan Sniderman Hyperlipidemia 6th Edition (2020, Oxford: Karger Press).

Michael France is a Chemical Pathologist with a specialist interest in Lipidology. He has worked with HEART UK in producing consensus guidelines for management of homozygous familial hypercholesterolaemia and Lipoprotein (a) testing. He has published widely in the field of Lipidology and Clinical Biochemistry and has a particular interest in the diagnostic utility of laboratory tests. 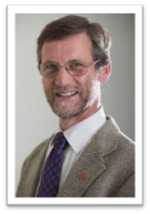 Steve Humphries is a world-renowned expert in cardiovascular genetics, a field in which he has worked for over 40 years.   He worked at University College London from 1991, where he was the British Heart Foundation Professor of Cardiovascular Genetics, retiring in September 2015 and is the UCL Emeritus Professor of Cardiovascular Genetics. He directed a major research programme to develop and implement molecular strategies to study the causes and clinical and psychological consequences of Familial Hypercholesterolaemia (FH). He was the Lead Advisor to the UK NICE guidelines on FH published in 2008, and updated in 2017, and has published on the health economics of cascade testing and Universal Screening for FH. He is the chair of the Pan-London FH action group and the Director of the UK FH Pediatric Register and the Simon Broome FH Register. He is actively involved with teaching, ethics, and public awareness aspects of the implementation of genetic testing for FH.

Professor Nick Linker is National Clinical Director for Heart Disease, NHS England & NHS Improvement, Chair of the Cardiac Services Clinical Reference Group and a consultant cardiologist at South Tees Hospitals NHS Foundation Trust.  He leads on the implementation of the NHS Long Term Plan for heart disease and development of policy for heart disease for Specialised Commissioning.  He co-chairs the Specialised Cardiac Improvement Programme and has responsibility for the national cardiac registries.

He trained in Manchester Royal Infirmary and St George’s Hospital, London and was appointed Consultant Cardiologist with an interest in cardiac electrophysiology in 1998.  His clinical practice is focused on heart rhythm and syncope management plus cardiac implantable electronic devices (pacemakers & ICDs).

Andrew is Emeritus Professor of Clinical Epidemiology at the University of Oxford.  He was an Honorary Consultant Physician at the Oxford Centre for Diabetes, Endocrinology & Metabolism (OCDEM) at the Churchill Hospital and, on retirement, was appointed Senior Tutor at Wolfson College, Oxford, for three years before being elected Emeritus Fellow.  He read history at the University of Cambridge and, after graduation, studied Medicine at St Thomas’ Hospital, London.  His research has focused on the determinants of coronary heart disease and its prevention, particularly in relation to diabetes, dyslipidaemias and nutrition. He has conducted an extensive programme of clinical research consisting both of large-scale epidemiological studies and randomised controlled trials and published nearly 250 research papers.  Outcomes of trials such as the Collaborative Atorvastatin Diabetes Study (CARDS) and epidemiological studies, including the Simon Broome Register of Familial Hyperlipidaemia, have had important implications for evidence-based practice and the organisation and delivery of care.  He directed the Simon Broome Register for over twenty years; was a member of the NICE Familial Hypercholesterolaemia (CG71) Guideline Development Panel; was a Senior Research Fellow of the National Institute for Health Research; and is a past Chairman of HEART UK.

Professor Anthony Wierzbicki is consultant in metabolic medicine/chemical pathology at Guy’s & St. Thomas’ Hospitals and honorary Professor in Cardiometabolic Disease at King’s College London. He runs a regional centre for lipid-related disorders and provides obesity medicine services and helped set up the regional bariatric service. He is clinical lead for Blood Sciences at Viapath at Guy’s & St Thomas’ Hospitals. His research interests are in the relationship of lipids to atherosclerosis and the role of lipids in peroxisomal diseases. He has been awarded Fellowships of the American Heart Association and of the National Academy of Clinical Biochemistry (USA) for his contributions to atherosclerosis and lipid biology which include 350 publications, 19 book chapters and 1 book.  He was a trustee of HEART-UK (the Cholesterol charity) and was chairman of this charity’s medical and scientific committee (2002-08).

At the National Institute for Health and Clinical Excellence (NICE) he has served on the Technology Appraisal (2006-9), Highly Specialised Therapies (2013-5) and Diagnostics Appraisal committees (2014-). He was a member of the Familial Hypercholesterolaemia guideline development group (CG71; 2008-2009) and chair of the Lipid Modification Guideline Development Group (CG181; 2012-4). He is now chair of the guideline development groups for Chronic Heart Failure (2016-18); Hypertension (2017-19) and Chronic Kidney Disease (2018-). He was a writing group member for the International guidelines on Familial Hypercholesterolaemia (2013-14) and the American Heart Association scientific consensus statement on Familial Hypercholesterolemia (2015).